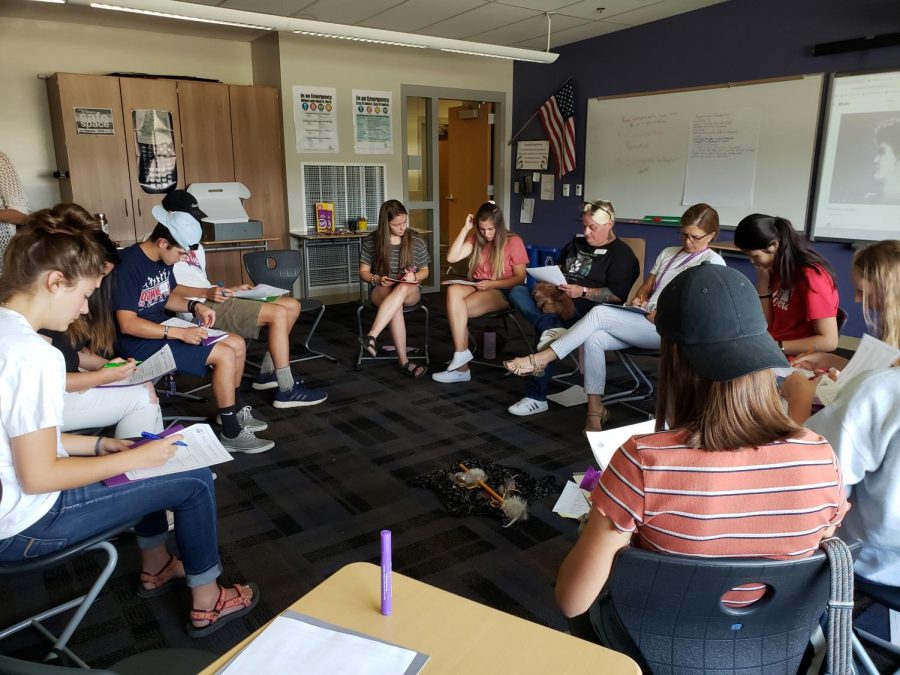 Schools are full of conflicts: Conflicts between students, between teachers, and between students and teachers. Full Circle Restorative Justice (FCRJ), an organization that was originally aimed at helping young people who got involved in the criminal justice system, now also works to resolve conflicts within the schools in a new way.

Kimberly Parker is the executive director of the FCRJ and played a major role in incorporating restorative justice practices in schools after a group of students in 2019 told her how they thought the environment at Salida High School could be changed in a positive way. They wanted an environment that supported students in facilitating difficult conversations, particularly around conflicts. They noticed that without a scheduled time for mindful conflict resolution, it often did not happen at all.

“Once I heard from these students about their desire to do this in school and change the system, I applied for a grant,” Parker explains.

Afterwards, the FCRJ program received a grant from the Colorado Attorney General’s office  that allowed for the program to be funded for a few years to serve students’ and schools’ needs.

Natalie Millis, the Restorative Schools Program Coordinator has been working with Buena Vista High School and Horizons, explains the benefits of incorporating restorative practices into schools.

“I can say that from many of the students I’ve talked to, they’ve reported that it feels good to just be able to sit down and be treated like a whole person.”

Unlike the sometimes harsh and unfair punishments that can be seen in some schools, FCRJ uses what they call a restorative method toward solving problems rather than a punishment method.

Punishment system’s isolate people, such as suspending a student or sending someone to jail, but this often doesn’t get to the root of the problem.

“In RJ, instead of just punishing one student we try to see what the deeper issues are and get it all out on the table and support students and teachers to resolve it,” Millis says.

She explains how there is often a bigger picture to many fights, and both people having the ability to talk and see one another’s’ side of the story can be really powerful.

For example, two students at BVHS who had been fighting for years finally solved their conflict in a restorative justice circle with Millis.

“It literally took them sitting down in a restorative justice circle to understand that they were really attacking things about the other person that they had in common.”

“A really big part of Rj in schools that’s really impactful for students is just getting them to understand commonality, and that is what drives behavior change,” She adds.

Research shows that schools that use restorative practices have a decrease in aggressive behavior, suspensions, and students dropping out.

The leadership at SHS is already taking steps to incorporate FCRJ practices into the system.

“My vision would be to help SHS assess the needs that they have across all the students and have a whole change in the disciplinary culture and how it’s done, school leadership is already working to make this happen,” Parker says.

Students can also take an active role in their school communities.

“There’s a huge social media component to this,” Parker says, “And students could do something really powerful.”

Coming together to create a shared set of values around social media and conflicts could create a more comfortable and safe learning environment in the classroom.

In the midst of the disputes and stress that come with high school, the Full Circle Restorative Justice program offers an alternative to looking at and solving conflicts in school and outside of it.