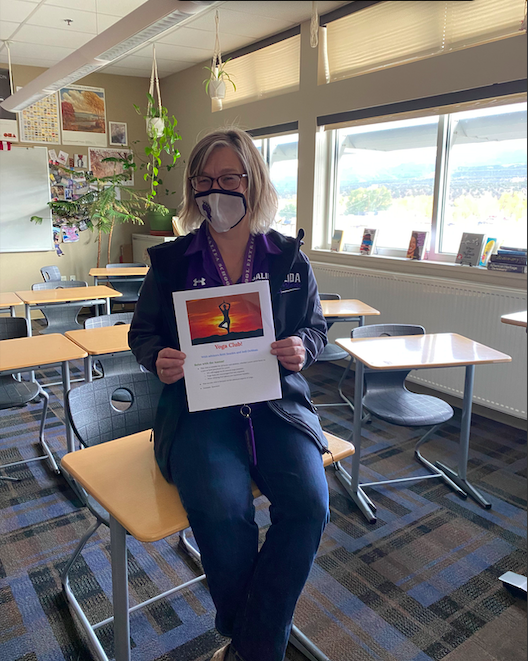 In an effort to foster staff and student engagement, Salida High School is creating a weekly club day. Club day is a day where every teacher has a club during lunch/advisory and every student has to go to a club. Principal Talmage Trujillo pushed for this program. At the beginning of the year, a lot of students asked Trujillo if they could use the advisory/lunch period for clubs. He was told by other staff that this wasn’t a new idea; it had been brought up before but never fully developed. The staff then talked as a team and decided to try and make club day work.

Trujillo also hopes this program will help connect kids to school. While his reasons for advocating for club day are not entirely personal, he does hope club day will help kids avoid feeling disconnected from school, a feeling he said he was acutely acquainted with.

“There were times when I was a student growing up that I felt very disconnected, and being at school was depressing, it was dismal. I dreaded it. Matter of fact, I started ditching school in the 5th grade. Because I wasn’t connected to anything, I would just go to the park that I had to cross to get to school, and I would just stay there all day. When I saw the kids coming home from school, I just went home and  pretended as though I’d been at school.”

Throughout the process of getting club day started, Fred Maxwell has provided an
abundance of support. Maxwell and Trujillo both share the same goal of engaging students and staff. They both agree that engagement is vital for students.

“I think engagement for students is opening their eyes to something new that they enjoy doing, and associating that with school. This could
allow them time to decompress,” said Maxwell,“It gives them an outlet where can find new friends, find a new skill, or be exposed to
something that engages them in a world of being on your phone all the time, or just being absent a lot of the time. Allowing students a chance to connect and be present during the school day is important to me.”

Although there was overwhelming support for club day from the staff, starting club day had its challenges.

“Organization is super tough. We’re just trying to roll it out. Teachers are really busy, and this is adding one more thing to their plate. Trying to have an organized roll out without overwhelming anyone, including myself, has been a challenge.” said Maxwell.

In spite of the setbacks, Trujillo is hoping that club day will evolve into a successful program.

“We know that whatever we propose is just a first draft, so we are hoping to gather enough information about how it goes so that we can
improve it as we go along. At the same time, we want first draft to be good enough that it serves the purposes that we’ve got in mind.”

Trujillo hopes club day will eliminate some of the problems with how clubs that run during school currently operate.

“Again, back to the two main objectives: I want to provide time and space for those clubs to meet with all grade levels. If they try to do it during lunch now they cut off half the school. Leaving class to go to clubs is frowned upon by some advisors and encouraged by others.”

Trujillo believes that if given the opportunity, club day will help improve students’ lives.